Well we got optimistic, sorry to get your hopes up. Congressman George Miller is going to come calling,  but the date has been pushed back to October 9th. The good news is that he will be in a perfect position to provide a wrap up the legislative session, and his esteemed career in Congress, the bad news is we have to wait two more months. 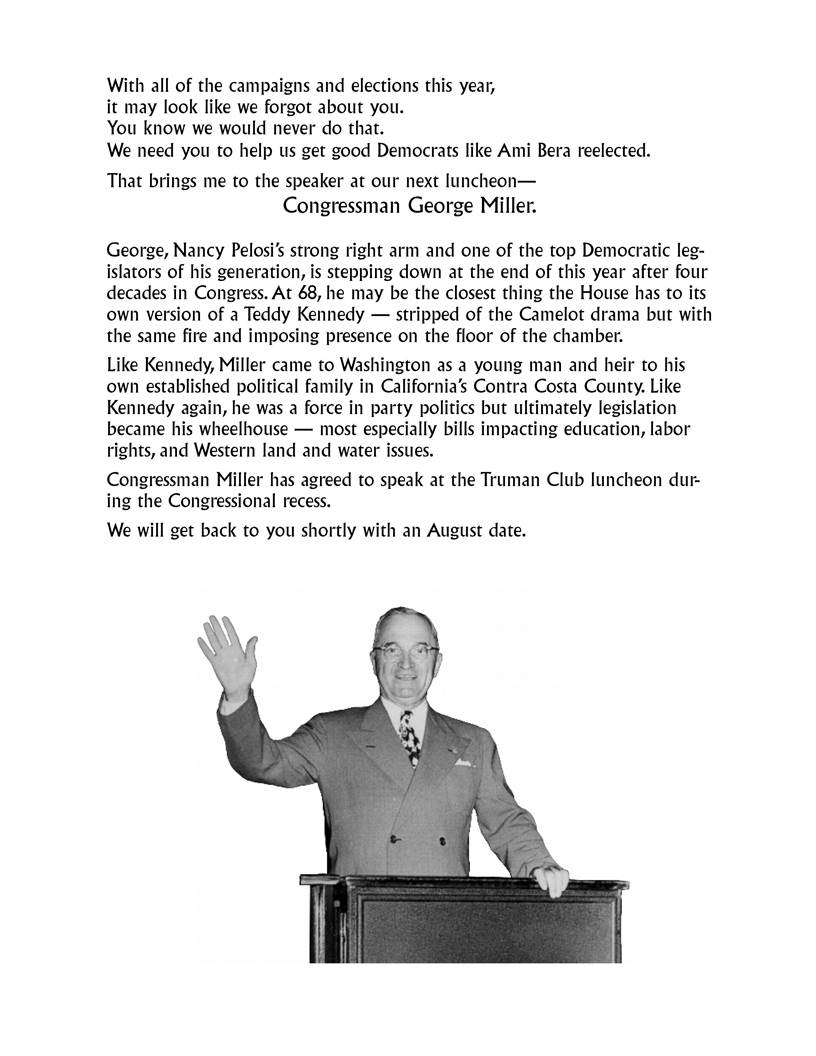 George, Nancy Pelosi’s strong right arm and one of the top Democratic legislators of his generation, is stepping down at the end of this year after four decades in Congress. At 68, he may be the closest thing the House has to its own version of a Teddy Kennedy — stripped of the Camelot drama but with
the same fire and imposing presence on the floor of the chamber.

Like Kennedy, Miller came to Washington as a young man and heir to his own established political family in California’s Contra Costa County. Like Kennedy again, he was a force in party politics but ultimately legislation became his wheelhouse — most especially bills impacting education, labor
rights, and Western land and water issues.

Congressman Miller has agreed to speak at the Truman Club luncheon on October 9th.