With the drought in full force and our state preparing to weigh in on the proposed $7.5 billion water bond in November, Harry has lined up an update on California’s Civil War about water for his September luncheon. 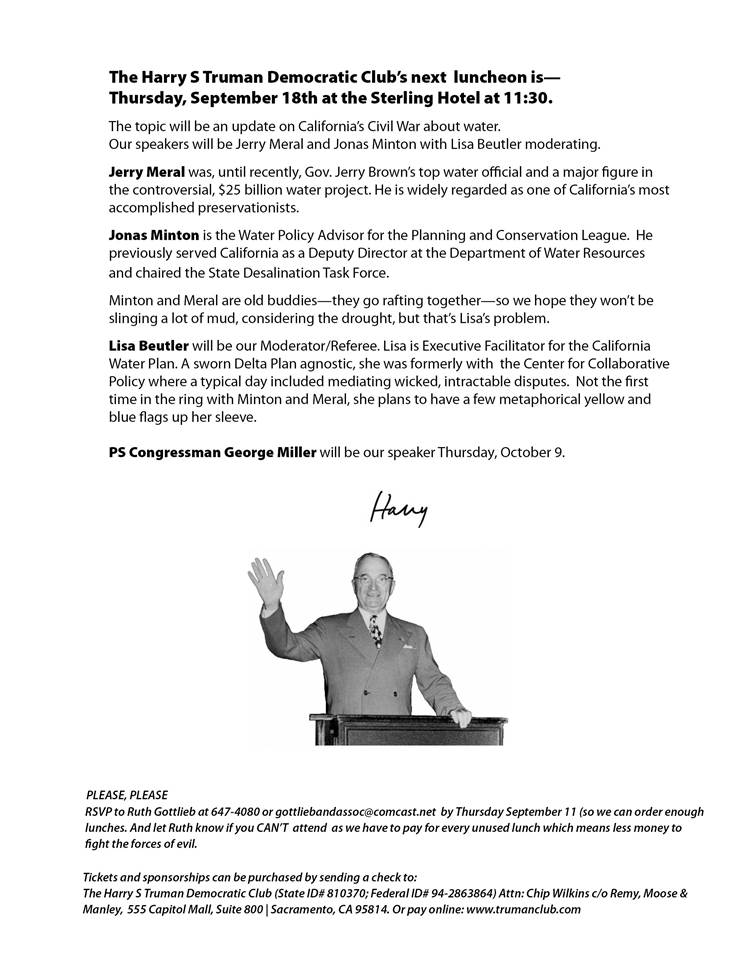 Our speakers will be Jerry Meral and Jonas Minton with Lisa Beutler moderating. Jerry Meral was, until recently, Gov. Jerry Brown’s top water official and a major figure in the controversial, $25 billion water project. He is widely regarded as one of California’s most accomplished preservationists. Jonas Minton is the Water Policy Advisor for the Planning and Conservation League. He previously served California as a Deputy Director at the Department of Water Resources and chaired the State Desalination Task Force. Minton and Meral are old buddies—they go rafting together—so we hope they won’t be slinging a lot of mud, considering the drought, but that’s Lisa’s problem. Lisa Beutler will be our Moderator/Referee. Lisa is Executive Facilitator for the California Water Plan. A sworn Delta Plan agnostic, she was formerly with the Center for Collaborative Policy where a typical day included mediating wicked, intractable disputes. Not the first time in the ring with Minton and Meral, she plans to have a few metaphorical yellow and blue flags up her sleeve. PS Congressman George Miller will be our speaker Thursday, October 9. Click here for sponsorship information.