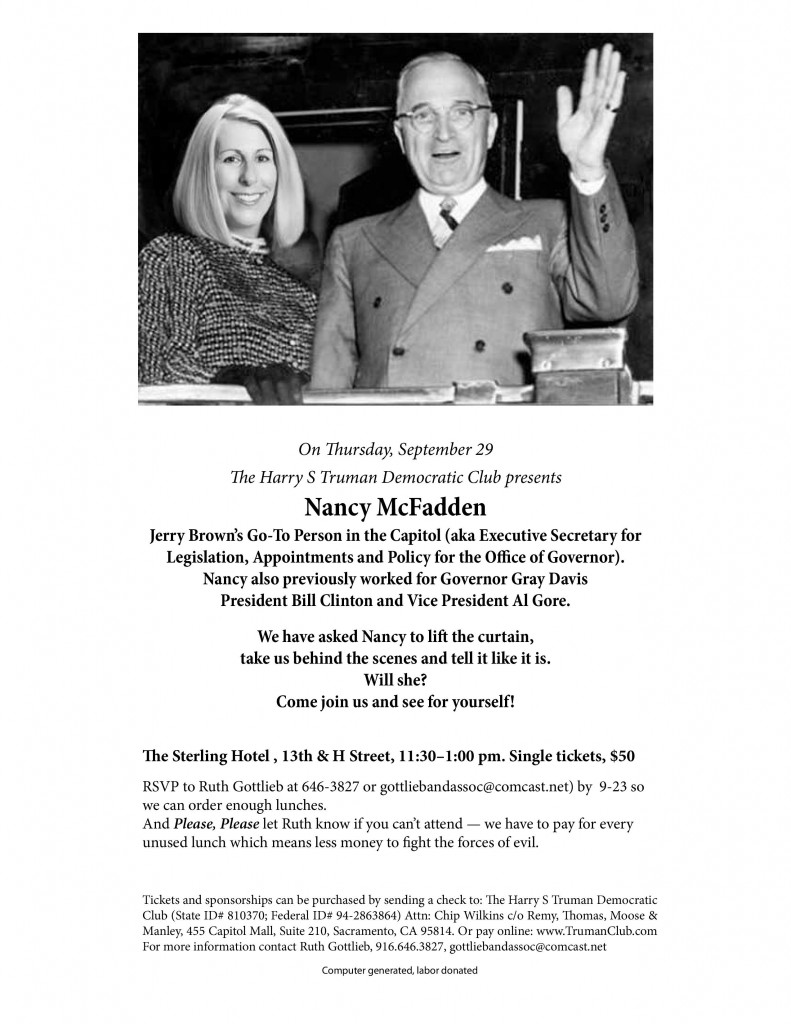 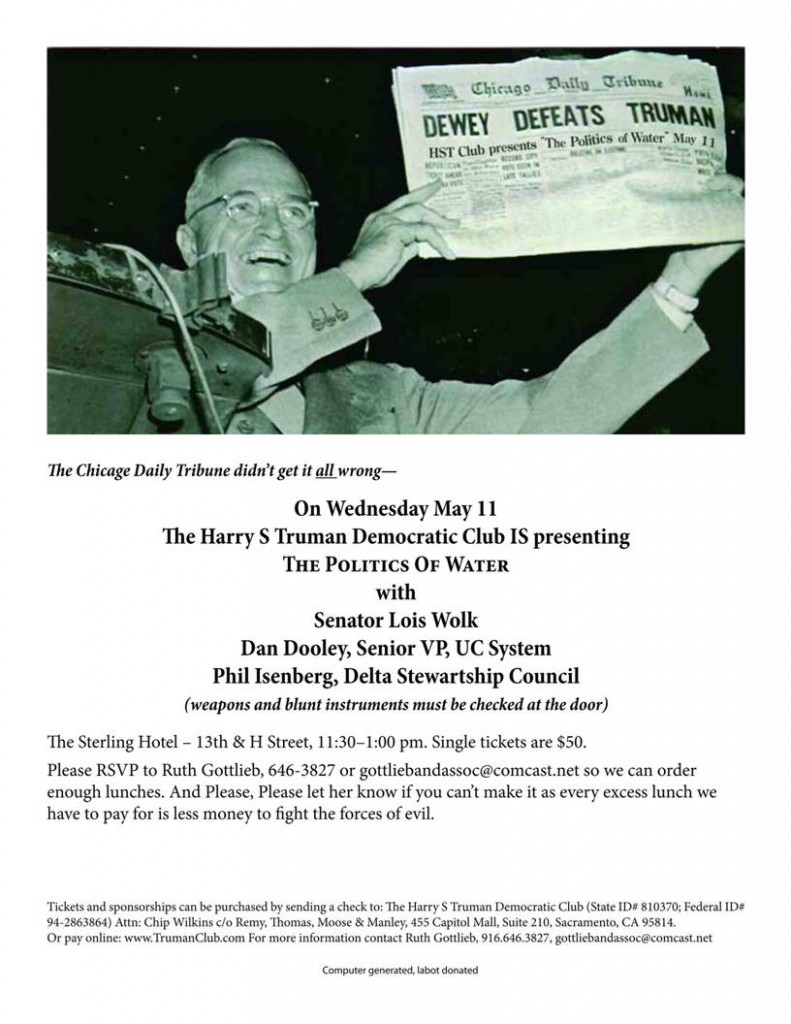 Our first speaker of the year is the Speaker of the Assembly, John Perez (see attachment)
That’s next Thursday, March 3 at the Sterling Hotel, 13th and H Streets at 11:30.
We hope you will join us.

In the last 2 years the Truman Club has helped register over 5,000 new Democrats to help elect

Democrats Alyson Huber, Mariko Yamada and Richard Pan.
We also contributed over $30,000 to Democrats and democratic groups like Dave Jones, John Chang,
Sacramento Young Democrats, and the Democratic Parties of Sacramento & Yolo County.
Join us and become part of this effort as we get ready for 2012.

May/June — The Politics of Water Phil Isenberg / Senator Lois Wolk / Dan Dooley
August/September — A  Nationally-known Democrat
November — The Politics of Reapportionment A panel of Democratic hotshots will discuss, debate and pontificate on the new Senate and Assembly boundaries— all without getting into fist fights