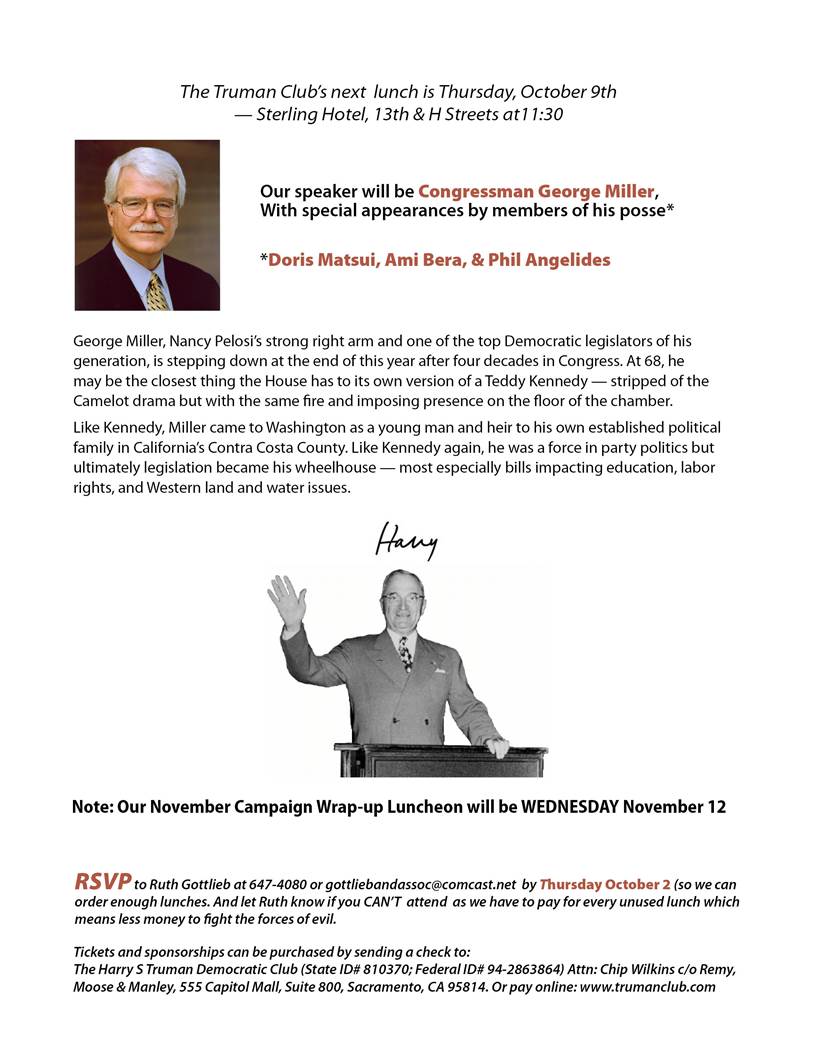 Our speaker will be Congressman George Miller,
With special appearances by members of his posse*
*Doris Matsui, Ami Bera, & Phil Angelides

George Miller, Nancy Pelosi’s strong right arm and one of the top Democratic legislators of his
generation, is stepping down at the end of this year after four decades in Congress. At 68, he
may be the closest thing the House has to its own version of a Teddy Kennedy — stripped of the
Camelot drama but with the same fire and imposing presence on the floor of the chamber.
Like Kennedy, Miller came to Washington as a young man and heir to his own established political
family in California’s Contra Costa County. Like Kennedy again, he was a force in party politics but
ultimately legislation became his wheelhouse — most especially bills impacting education, labor
rights, and Western land and water issues.

RSVP to Ruth Gottlieb at 647-4080 or gottliebandassoc@comcast.net by Thursday October 2 (so we can order enough lunches. And let Ruth know if you CAN’T attend as we have to pay for every unused lunch which means less money to fight the forces of evil.